“It is not a question, here, of searching for an ‘absolute’ of beauty. The artist is neither painting history nor his soul… And it is because of this that he should neither be judged as a moralist nor as a literary man. He should be judged simply as a painter.” … Émile Zola 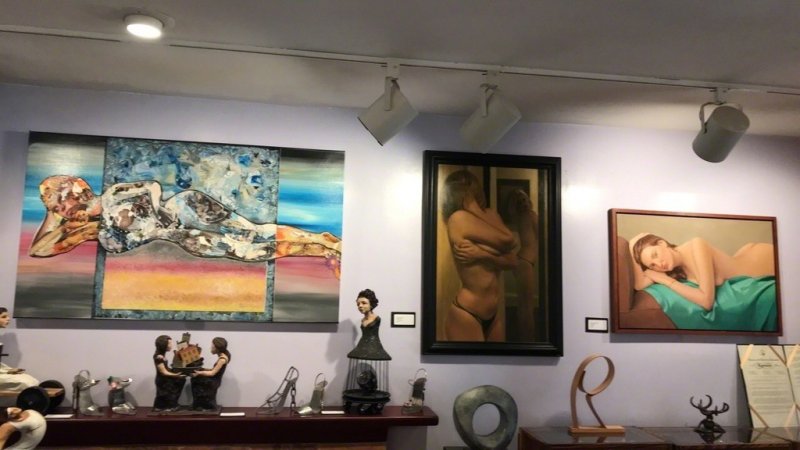 Through out history there have been many art movements but one of the most beloved is Realism. In this exhibit we are spotlighting this powerful movement. Realism in the 19th century was about the overturning of traditional systems, values, and beliefs about what art should constitute and, instead of following strict rules the Academy held on how and what to paint, artists like Gustave Courbet and Édouard Manet rejected idealistic images and traditional forms of art and painted subjects pertaining to real-life events. Leading the way to modernism in art, Realism was the first explicitly anti-institutional, nonconformist art movement.

Ron Schwerin has endeavored to represent the world ever since, at the age of six, his father gave him a set of oils and instructed him its use. Schwerin began his freshman year at Pratt as an adherent of Abstract Expressionism. However he had already returned to figurative tradition when, in his senior year, his painting instructor introduced Schwerin to the work of Balthus (1908-2001) whose work had a profound effect on him. Schwerin’s admiration for Dutch and Flemish Old Master painting set in interiors, and iconic poses used by French and Italian masters is evident in the portrayal of his nudes. Upon graduating from Pratt in 1962 Schwerin was awarded the Prix de Rome for study at the American Academy in Rome. He has exhibited in major cities throughout the U.S. and was honored with a solo exhibition at the Heckscher Museum of Art in Huntington, Long Island.

As a retired homicide detective and as an artist who is world-traveled, the diversity of Davis Morton’s life is reflected in his paintings. For Davis the heart of reality is the mystery of it. Davis says of his work “I want (my work) to be like a living moment, with a past, a present and a future that moves on unresolved saying something indistinct. Rather than trying to paint reality just the way it looks or painting my impression of it, I would like my paintings to say something of its essence. I would like my work to haunt.” Other than one anatomy course taken from Frank Wright at George Washington University, Morton is a self-taught artist. He received a Bachelor of Arts degree in English Literature from the University of Maryland and since 1975 has traveled yearly to visit the galleries and museums of Europe, Asia, South America and Africa to further his education.

Gavin Sewell’s experience as a person with low and decreasing vision has heightening his sensitivity to what he describes as the invisible and ambiguous. A lifelong interest in literature and philosophy often provides approaches and subjects for his art and, because of his visual impairment, Gavin is able to access the Library of Congress audio collection for the blind. Gavin explains, “The books I listen to while making art leave a powerful trace on my work. Surreal storytelling and abstract painting interplay in wall-sculptures layered with photographs and found objects. I interweave layers of material like subplots of a novel, adding elements strategically or intuitively to reach a dynamic equilibrium of intellect and emotion…I play in the realm between narration and hypnotic.”