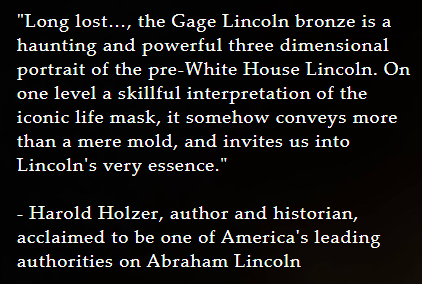 “Gutzon Borglum, the man who carved the famous figures on Mount Rushmore, called Robert Merrell Gage “that steady-eyed young sculptor,” and from those steady eyes came a vision of art that spoke of strong values, American values, Kansan values. An alumni of the most sophisticated art schools, Robert Merrell Gage turned for subject matter to the basics of American history, the stories of the western struggle, and the lives of heroes of the American soul.

Gage was born in 1892 in Topeka, and educated in the Topeka public schools and at Washburn College. He left Kansas after graduation to study sculpture with Borglum and Robert Henri, two exponents of the “American Theme” in art, in both New York and France.    read more…

For more information or to purchase call 202-783-2963 | Email art@zenithgallery.com
Or you can purchase here