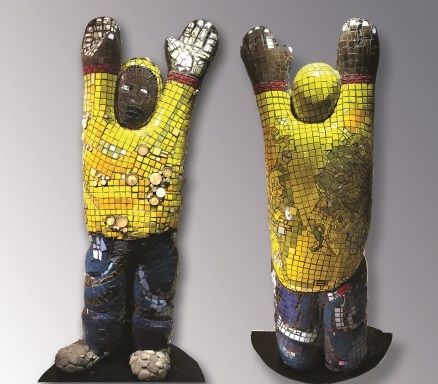 “I just wanted to go out and play, Hands Up-Don’t Shoot” “When I first started doing these mosaic sculptures in 2018 I had hoped that its meaning would have been irrelevant by the time I finished.” Chris Malone

Resistance and Protest
Everyday since “not my president” took office we have said how it can get worse, now we say everyday it will get worse.
Mother Nature certainly has her hand in this. Last night lightning hit the Washington Monument. during a thunderstorm. The world’s largest free-flying American flag has been ripped in half after a thunderstorm. The Acuity Insurance flag, located in Wisconsin, was ripped in half after a thunderstorm. It is measured at 70′ by 140′ and weighs 340 pounds.
The Washington DC Mayor Muriel Bowser has changed the name of a plaza outside the White House to “Black Lives Matter Plaza” in a rebuke to President Trump.
Mayor Muriel Bowser, a Democrat, also unveiled a two-block long mural painted onto the street leading up to the White House declaring “Black Lives Matter.” She also demanded that Mr. Trump remove federal soldiers from Washington.
As DC residents we are familiar with the Exorcist Steps. My question to you, do you feel like everyday your head just spins around your neck? The events of these times are dizzying to say the least.
What is your most frequent emotion? Hate, anger, rage, shock, hopefulness, loving Mother Nature? To Whatever entity you pray, we need all of you to pray this weekend. We want our democracy back We want our health back, our city back, our country back, our integrity as a nation back.

Mayor Muriel Bowser unveiled a two-block long mural painted on street leading to White House, and changed the name of the plaza outside the White House to “Black Lives Matter Plaza.”

Attorney General William P. Barr and the heads of other government departments have worked in concert to deploy a massive show of force in the nation’s capital. A Washington Post analysis of those deployments suggests that at least 16 law enforcement and military agencies have personnel on the ground in the District, with thousands of soldiers, police and agents actively engaged in the effort to maintain order.
All of the Police
Bureau of Alcohol, Tobacco, Firearms and Explosives.
Bureau of Prisons
Customs and Border Protection.
Defense Department
Department of Homeland Security
Drug Enforcement Administration
Federal Bureau of Investigation.
Federal Protective Service
Immigration and Customs Enforcement
Justice Department
Metropolitan Police Department
National Guard on Thursday indicated that soldiers and airmen from 10 states were supporting the D.C. National Guard this week. That included personnel from Florida, Indiana, Maryland, Missouri, Mississippi, New Jersey, Ohio, South Carolina, Tennessee and Utah. The D.C. contingent numbers 1,200, with an additional 3,300 personnel from those 10 states. National Guard helicopters have also been identified over the District, including one instance in which a low-flying helicopter used and apparent effort to disrupt a protest.
Pentagon Force Protection Agency 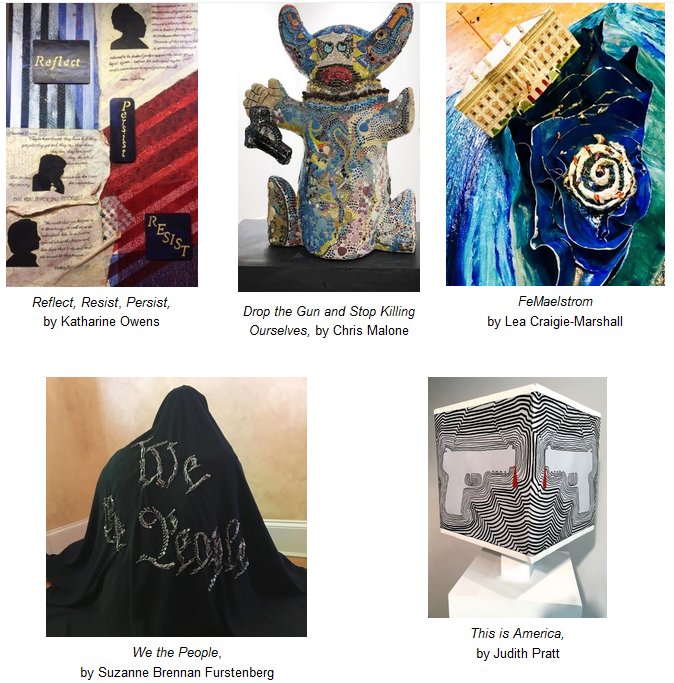